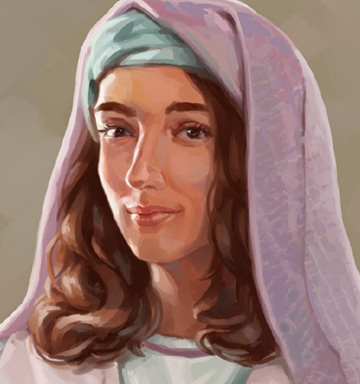 Hannah a Leader in Faith

Hannah is one of the biblical characters I really admire. Hannah’s name means “grace.” Her life has far reaching implications that I believe, we are still reaping the benefits to this day.

Hannah’s story appears a bit obscure upon a first reading. It may seem easy to pass her by missing her passionate prayer life, her dedication to God and her strong faith. If not for her life and pursuit of God, the biblical narrative may have been very different.

Hannah wasn’t known as being a popular or visible leader. She wasn’t a sought-after Old Testament leader and judge like Deborah. She didn’t catch the eye of a King, rise up in courage and save a nation like Esther. She didn’t have a book in the Bible named after her like Ruth. Rather, Hannah exhibited a steadfast posture and a fervent faith I find admirable.

Hannah is the type of woman I can envision spending time with. Real. Authentic. She didn’t hold back from expressing her emotions to God. Hannah exhibited an inner strength and trust in God that superseded understanding especially in her day. She demonstrates an alluring faith that we can learn from.

As the Old Testament story goes Hannah was married to Elkanah. He had two wives; Hannah and Peninnah. They were living in a remote part of Israel and made their home in the mountains of Ephraim (1 Samuel 1:1-2, NKJV). The Bible makes it clear that Elkanah loved Hannah, although she was barren. This was crushing to her heart, as she desperately wanted a male child. What made matters more distressing for Hannah, is that Peninnah had many children. She provoked Hannah for being barren. I can only imagine the strife in the house. The Bible says that Hannah could barely eat at times (vs. 1:7) and that she bitterly wept.

Hannah poured out her heart to God, pleading her case. In many ways her life was similar to another biblical character, Sarah. Both women for a time were barren. Hannah’s story tugs on my own heart. I too struggled for a time with infertility. I know first-hand the pain and distress of not being able to conceive. I know for many wanting a baby and not being able to have one can be heartbreaking.

The sweet part of Hannah’s story is that God heard her request and “remembered her.” Hannah did have a male child and true to her word, when she was done weaning him, she gave him to God. She too remembered, “For this child I prayed, and the Lord has granted me my prepetition which I asked of Him. Therefore, I also have lent him to the Lord; as long has he lives he shall be lent to the Lord” (1 Samuel 27-28, NKJV).

In time I too got pregnant with my second son and we know from history Sarah, too had a child, all part of God’s remarkable plan. What is striking is God knows. His plans prevail.

In another way, Hannah foreshadowed Mary, the Mother of Jesus. Hannah’s prayer of dedication in 1 Samuel 2:1-10 was a prototype for Mary’s prayer in Luke 1:46-55. Both women dedicated their first-born sons to God. I too dedicated both of my sons to God and His will. We can learn much from Hannah’s story. The following are 4 qualities demonstrated in Hannah’s life:

One of the most important roles of a woman in the days of Hannah was her ability to bare children. Since for a time Hannah was barren, it appeared she may never have had children. Yet in her barren state she remained dedicated to God’s ways. She didn’t know the outcome, yet I believe she had faith in Him.

In the first Book of Samuel, we learn that while Hannah was in the temple she cried out to God, weeping in anguish. She appeared to be praying to God in her heart; she was quiet and yet her lips moved. Eli, a priest was watching her. He thought she was drunk. He reprimanded her telling her to put away her wine. Hannah answered Eli, telling him that she wasn’t drunk, rather she was a “woman of sorrowful spirit.”

She explained she was “pouring out her soul before the Lord” (vs. 15). Eli then answered her and tells her “go in peace, and the God of Israel grant your petition which you have asked of Him” (vs. 17). At that time, Hannah went away, ate, and her countenance changed, She was no longer sad. Something changed in this moment. We will never know for sure what went on in her heart after Eli spoke with her. Perhaps this was the moment that Hannah believed God in a deeper way. Perhaps this is where her faith agreed with her Creator and she said, your Will be done. I will trust in you.

Persistent and Passionate in Prayer

Despite Hannah’s deep desire to bare children, for a time she was barren. It may have seemed to her that she may never have children. Living in a time where so much emphasis was placed on a woman’s ability to have children, she must have felt very discouraged. Yet, in her discouragement she continued in prayer. She did not let her circumstances keep her from pleading and praying to God.

Unbeknownst to her at the time, her fervent prayer for a child was the beginning of a series of circumstances that would help turn Israel around from a climate of spiritual darkness to a spiritual awakening as the dawn of David’s dynasty would soon be born. Persisting in prayer when we don’t know God’s purposes, but can be sure of His goodness, marks one of the hallmarks of a true leader. Hannah demonstrated this type of leadership in her prayer life.

Hannah had an abiding and deep love for God and His ways. It was obvious from her devotion to God that she held a heavenly perspective. She was aware of the times she lived in. It was a backslidden era. There were priests given over to their own ways and to the purposes of God. The ark of the covenant, where the manifestation of God’s glory resided would soon be gone. It appeared at this time that Israel’s history was marked by a great spiritual darkness.

In the midst of all of this Hannah remained Heavenly focused. Hannah knew what was needed for the purposes of God. God blessed her and she bore a child, Samuel. As the biblical narrative unfolds, we come to know that Samuel played a key role in God’s purposes. He heard from God. He ordained the first King, Saul. He prophesied and spoke out God’s ways to the people. He told Saul when God had removed the kingdom from him and chose a new commander. David would become the new King, a key turning point in Israel’s history.

God had a purpose in mind for Hannah. She did not give up hoping for a child. God had planted a desire in her heart and Hannah pursued it. She never gave up hope that she was part of a purpose bigger than herself. This is another hallmark of a spiritual leader and what I admire most about Hannah. She was a ray of light in a spiritually dismal day.

Hannah kept her promise. She told God that if He were to give her a child, she would dedicate him to the Lord. She didn’t fail to carry out what she had told the Lord she would do. I can only imagine that after waiting so long and desperately wanting a child, Hannah most likely wanted to keep her son. Not knowing if she would ever have another, a great temptation may have been to go back on her promise to the Lord and to not give him away.

This was not the case. Hannah gave her son, Samuel to the Lord. When Hannah was finished weaning Samuel, probably around three years old she gave him over to God’s ministry purposes. For Hannah the sorrow of separation from her son to give him over to full-time training in the tabernacle must have been nearly impossible. I know as a mother myself, how heart wrenching this must have been. Yet, she followed through with her promise.

Many of us may not have a title, a position, or worldly riches, but what we do have is a God who is for us. A God who loves us. We have a God who is able to do exceedingly abundantly above all that we can think or imagine. So when things are difficult, when adversity arises, or plans don’t go according to expectations – know that God is with you. He will give you everything you need. Be faithful, place your trust in Him, and be hopeful for all that God has for you.