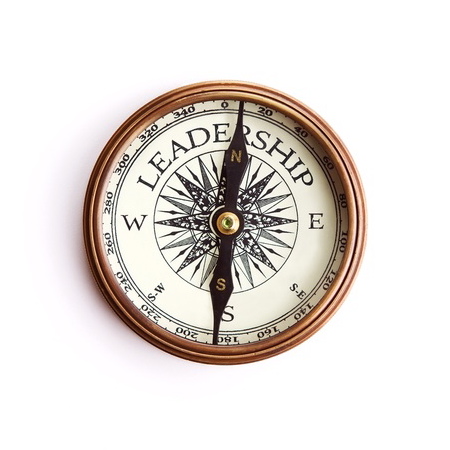 I can still hear these words ringing in my ears. Spoken from the coast guard captain during the crisis that ensued after the cruise ship capsized off the coast of Tuscany. Many across the world have heard the riveting conversation between Capt. Francesso Schettino, commander of the grounded Costa Concordia, and Capt. Gregoria De Falco of the Italian coast guard in Livorno. Deeply moving, I think it strikes a cord with most of us. It speaks volumes about the difference between courageous leadership and cowardice leadership in the midst of crisis.

Beyond a shadow of a doubt, the courageous leader in this crisis is obvious. What lessons emerge from the midst of this crisis? What can we learn from looking at two men, wearing different captain hats, about leadership amidst crisis?

Here are 6 points to consider about courageous leaders in the midst of crisis:

De Falco: “There are people trapped on board. Now you go with your boat under the prow on the starboard side. There is a pilot ladder. You will climb that ladder and go on board. You go on board and then you will tell me how many people there are. Is that clear… Now I am in charge.”

Amidst the crisis, courageous leaders are able to see with precision the bigger picture. They understand what is at stake and can take immediate control and exercise their authority to get the job done.

Schettino: “I am here with the rescue boats, I am here, I am not going anywhere…”

It is clear from the captain’s location that he left the ship; he abandoned his post. When difficult things come up or go down and hard choices need to be made, courageous leaders hold their position.

De Falco makes mention of the sea in this conversation, “you saved yourself from the sea…” His words represent the most cowardice of all of Schettino’s actions. They seem to imply that at the core Schettino gave in to his fear in order to save himself.

It seems unfathomable that any captain would ever abandon his ship with so many people aboard. The question of whether it is Maritime Law or seafarer legend isn’t the point. A leader abandoning his charge is the important consideration here. Hierarchy often exists in a leadership chain of command. Evidently, Schettino chose to leave his early. His actions speak more about his lack of honor and courage than anything else.

3. They don’t refuse their assignment.

De Falco: “Are you refusing to go aboard commander? Can you tell me the reason why you are not going?”

In the midst of crisis courageous leaders choose to do what they committed to do when assuming their authority and assignment. They don’t waiver when they face danger. Where would the world be if most leaders refused to follow through with their obligations?

De Falco: “You go aboard. It is an order. Don’t make any more excuses.”

Schettino: “I am not going because the other lifeboat is stopped.”

Any leader can rationalize his or her choices. Courageous leaders are able to look at the crisis and accept the responsibility that comes along with their role and leadership position. Making excuses to justify weak choices is not an option for courageous leaders.

5. They know what to do when all seems dark.

De Falco: “It is dark and you want to go home? Get on that prow of the boat using the pilot ladder and tell me what can be done…”

When facing fear and the unknown, courageous leaders are able to be the beacon of light. They are willing to face the darkness at all costs, even if it means death. They know what to do and are able to give directives.

6. They value human life and those they lead at all costs.

Courageous leaders are able to attend to human needs. They care about their safety, well-being, and lives. They are willing to go the distance in order to preserve the sanctity of life, even if it means they may lose theirs. This is the most courageous decision any leader can ever make.

Courageous leadership calls for so many things: to act quickly, stay the course, exercise precision, encounter danger, and be willing to sacrifice. I’d like to believe I would handle the crisis with honor, dignity, and courage.

How do you think you would handle a crisis of this magnitude? How have you handled crisis in your own leadership?